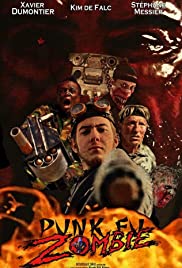 Hochelaga, 2048. It’s been over 20 years since Quebec finally gained independence through the efforts of a movement led by the powerful Charles Maurice. His eventual rise to Prime Minister, however, may not have been all that legal. This major political upheaval will shake up the social classes and bring out demonic creatures that attack the population. One man will become the beacon of peace amongst the chaos overtaking this new country. That man is Zach, Charles Maurice’s son, an irresponsible bum who becomes the leader of an elite team, whose mission is to re-establish peace between the ninjas, punks and rat-people who are trying to survive this zombie infestation.