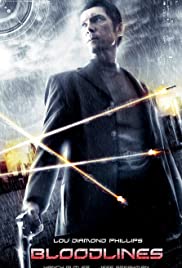 When millionaire businessman Ted Billings (Glenn Morshower) double-crosses his partners in a weapons deal, he decides to hire some protection. Billings enlists Eugene “Vash” Vasher (Lou Diamond Phillips) a mercenary-for-hire and soon, Vash is fighting off assaults on his boss from all sides, but on top of that, he doesn’t even like Billings who has a hidden agenda. Among the shoot-outs and chases, Vash forms a bond with Emily (Yancy Butler) Billings’ chief-of-security and Vash’s former flame who’s not all that she appears to be.