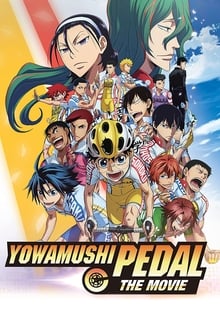 After winning the fierce Inter High race, Sakamichi and the other Sōhoku team members receive an invitation to compete in the Kumamoto Hi Province Mountain Range Race towards the end of summer. The top-tier teams from around the country compete in this race, including Sōhoku’s rivals Hakone Academy (which yearns to take down Sōhoku), Kyoto Fushimi, and Hiroshima Kureminami – as well as Kumamoto Daiichi High School’s team led by Shin Yoshimoto.